Difference between revisions of "3dfx"

3Dfx was a 3D graphics chip manufacturer and later on graphics card manufacturer. It pioneered the field of 3D graphics in the PC industry from the late 90's until 2000. Most of their assets were purchased by Nvidia Corporation in late 2000 when 3Dfx filled for bankruptcy. Their name has been associated with the rise of 3D Acceleration within the PC market. 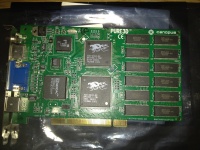 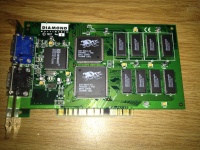 The Voodoo Graphics (retroactively named Voodoo 1) was 3Dfx's first foray into the PC market. Released in late 1996, it took the world by storm with its sheer performance and sleuth of features it supported. The Voodoo Graphics was notable for natively supporting Direct3D and introducing Glide, 3Dfx's own proprietary API that worked initially under DOS and later under Windows 9x and NT 4.0/2000/XP. Glide was essentially a cut down OpenGL implementation, with no support for features such as 32bit Bit Depth. However, features such as these were of little signifance in the early days. OpenGL games were supported initially through the use of a MiniGL, incomplete OpenGL implementations, different for each game. In the following years, 3Dfx released a full OpenGL ICD, thus granting native support for OpenGL games.

The Voodoo Graphics could only do 3D, meaning that it had to be used in conjunction with a standard 2D card through the usage of a passthrough cable. During boot, the 2D card would do all the work, however when a compatible game was ran, the Voodoo Graphics would be enabled, taking over the host card. Combinations with S3 Graphics cards, as well as Matrox cards are quite popular. Unfortunately, the passthrough method had a significant impact on the image quality, resulting in a lot of blurriness.

Thanks to 3Dfx's efforts with videogame developers and publishers, the Voodoo 1 enjoyed a lengthy support from the industry. It could be said that 3Dfx kickstarted 3D Acceleration, which up to that point had been slow to start. The Voodoo Graphics was significantly faster than its competitors in performance. Despite only supporting resolutions as high as 640x480 (800x600 without the usage of Z-Buffering), 16 bit depth, the card was popular all the way to late 1999, by which time its performance would have been slow.

The first 2d and 3d in one graphics card by 3dfx. 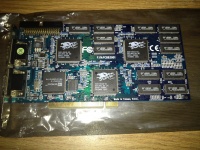 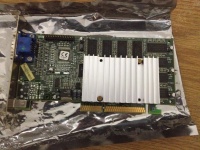 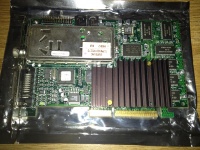 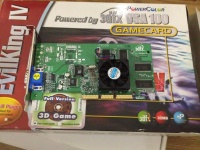 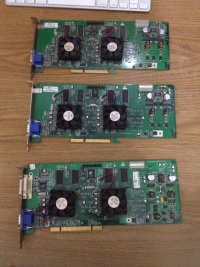