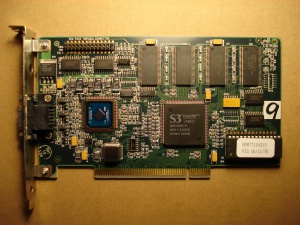 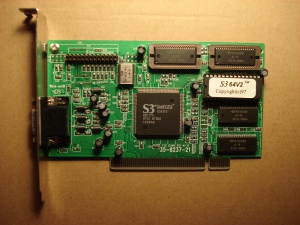 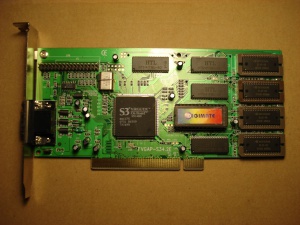 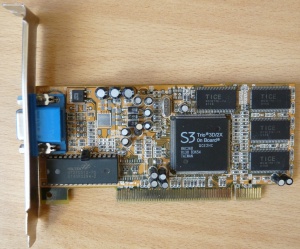 There are several variants. The original ViRGE (marked 325), the ViRGE VX, ViRGE DX, ViRGE GX, ViRGE MX, ViRGE GX/2, Trio3D and Trio3D/2X. VX is slower at 3D but uses VRAM memory to somewhat improve high-resolution GUI performance. DX and GX are the second generation and GX supports SGRAM. MX was designed as a power-effecient mobile graphics solution, yet it made appearance on desktop due to low cost. GX/2 and MX are AGP capable and therefore mostly used on AGP cards. The MX and GX/2 might be called third generation. 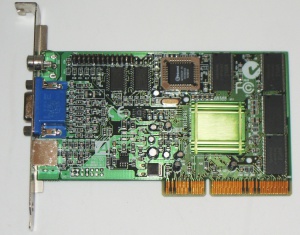 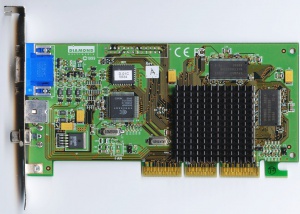 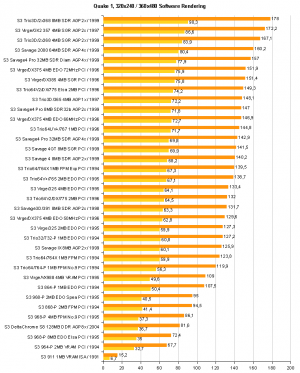