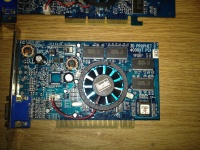 2001. Another 'false DirectX7' card that supports DirectX 6 features, with S3TC and EMBM. Like everything that isn't Nvidia and ATI, it deprecated quickly for its lack of hardware T&L and its lateness to the market. Most of the marketing were about features the older series had, including tiled rendering, full sorting, internal true color rendering, etc. The emphasis on hidden surface removal was supposed to be the feature to make up for the lack of HW T&L. It also does not support cubemapping.

It has no support for the SGL or SGL2 API. 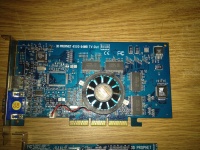