How to make a Voodoo 2 SLI cable 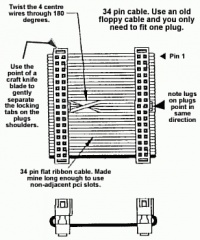 Two Voodoo 2 cards can succesfully run in SLI mode. During SLI mode, one card renders every even line of the screen, while the other card renders every odd line of the screen. This results in higher resolutions (up to 1024x768) with higher performance. To arrange an SLI setup you need two Voodoo 2 cards, 1 VGA passthrough cable and 1 SLI cable. SLI cables are not common and are quite hard to find. 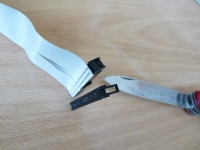 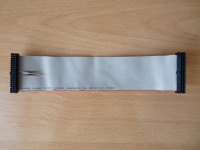 It's easy to make an SLI cable from FDD cable according to the pinout on the right:

Special thanks to vogons user Stojke for detailed and colorful representation of the pinout.

Note that in early driver versions it was not possible to combine two cards of different manufacturer or revision. If your setup does not detect SLI, first of all try using the newest drivers.